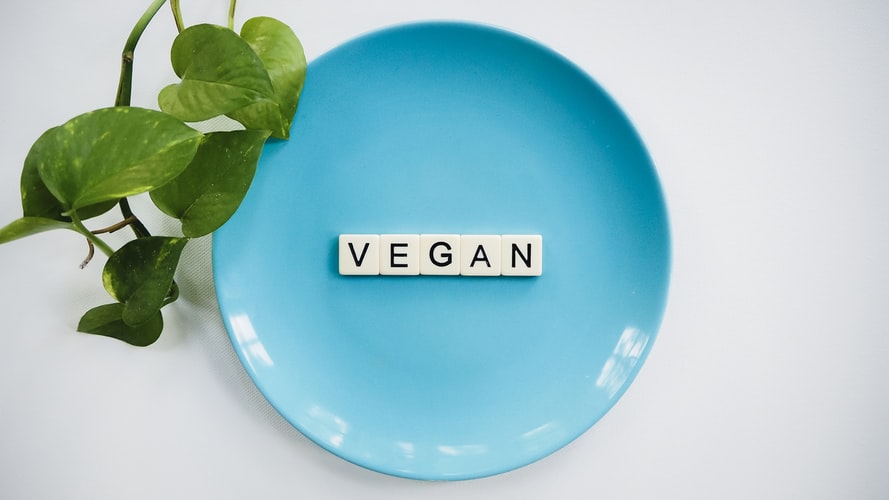 What is a vegan?

Vegans are people who don’t consume any animal products in the form of meat, fish, dairy, egg,s or honey. They tend to eat a plant-based diet mainly consisting of fruit, vegetables, beans, legumes, rice, pasta, and meat replacement products. Due to the advancement in food manufacturing, the vegan diet is very varied and not limited to the above list. Many vegans extend this practice to include the products they use such as clothing, footwear, toiletries, cosmetics, and medicines.

Why do people go vegan?

This is a really good question and can vary depending on the individual, but the most common reasons are;

To reduce animal suffering. In contrast to the free-roaming, happy Welsh sheep Anju and I see on our walks and hikes, the majority of meat consumed in the UK is raised and killed in factory farms. There are several documentaries currently available which showcase the horrific conditions and inhumane death these animals suffer. Many can’t stand to watch these documentaries, but those who do often go vegan, unable to eat meat after this.

For health benefits. This was definitely one of the guiding factors for us, at least initially. With heart disease rampant on both sides of our family, it seemed silly not to change our lives and lengthen them in the process. A plant-based diet is not only delicious and versatile, but it’s also full of nutrient-rich fruit, vegetables, whole grains, beans and nuts; all of which can help extend your life. We can’t deny that we feel and look so much better. Try it yourself and see how you feel.

To reduce carbon footprint and air pollution. According to the United Nations and Peta, animal agriculture is responsible for 14% to 18% of global greenhouse-gas emissions; more than all forms of transportation combined. Sheep and cows release huge volumes of methane (a greenhouse gas 25% more potent than carbon dioxide at trapping heat in the atmosphere) which contributes to climate change. Scientists often advise that plant-based foods have a lower carbon footprint than animal-derived foods; meaning that going vegan is one of the best ways to reduce your individual carbon footprint. Check out the full article from Peta to find out more.

Head over to Live Kindly for a list of some of the best vegan documentaries covering health, the enviroment and ethics, if you’re interested in learning more.

Ok, I’m Convinced, but how do I go vegan?

Great news! I promise it’s not as complicated as you might think. Please remember everyone is different. Some people decide to go vegan overnight whole others take things slower as they learn more about vegan foods and nutrition. There are lots of sources to get you started. Head over to Peta and The Vegan Society for lots of helpful tips and info.

Where do vegans get their protein from?

Unless you know about vegan nutrition, it’s common to think that vegans don’t eat enough protein, or that protein only comes from animals. There are lots of plant-based protein sources readily available to everyone. Ask any vegan body builder. I think that Zack Belknap and Nimai Delgado (pictured below) show they’re certainly not missing their protein! To get you started, Peta lists the top 10 plant-based protein sources as;

Where do Vegans get their B12 from?

Vegans get B12 through fortified soya milk, yoghurt, cereals, marmite, savoury yeast flakes, and other vegan products. Vegans can also take a B12 supplement as any B12 present in plant foods is not easily absorbed into the body. However, most people don’t realise that B12 is usually supplemented into ‘livestock’ animals’ diets too, so there’s no natural way of getting B12 in today’s society.

Oh my gosh, does it? Vegan food tastes amazing. If you are like me and brought up in the 1990’s, you might have eaten lots of highly processed and animal-based foods, lacking in taste, nutrition and full of cancer-causing additives. With the increasing public knowledge of nutrition and easy to recreate recipes online, it’s never been easier to eat delicious, nutritious, and varied vegan foods. You can check out some of our easy yet very creative recipes on our home page.

Can I still eat out at restaurants?

Of course. Although choosing a vegetarian or vegan restaurant will give you the best options for a great meal, most restaurants today will have their own vegan menu or options. Nothing obviously vegan on the menu? Don’t be scared to ask the chef to make something vegan for you, they’re usually happy to help!

What can I eat instead of milk, cheese and yoghurt?

I’ve got great news for you, you don’t need to give up any of those things. There are plenty of varieties of plant-based milk, cheeses, and yoghurts in the supermarkets today. You’ll be spoilt for choice. Just try things out and see what you like the most. I like unsweetened oat milk for my coffee as it’s creamy and slightly sweet, but you could also try soya, almond, coconut, rice, and cashew milk.

Most spirits are vegan, but watch out for those that contain cream or honey. Most wines and beers go through a filtering process that uses animal products. The filtering agents are unsuitable for vegans as they usually use milk, albumen (from eggs), isinglass (from the swim bladders of fish), and gelatine (a protein made through boiling animal tendons, ligaments, and bones with water).

More good news! There are plenty of vegan wines and beers in the supermarkets, with all Coopers, Boags and Heineken beers being vegan, and almost all German (and Belgian) beers vegan too because of their purity laws. Head over to barnivore.com for a full list. See, you don’t have to miss out on that well-earned glass of wine.

Will I lose weight if I go vegan?

This is a tough one, and like meat-eaters, vegans come in all shapes and sizes. Being bigger or smaller doesn’t make you any less of a vegan or any less valuable. Some people have health issues, problems with metabolism, or are happy just the way they are. Although you are likely to lose weight if you follow a plant-based diet, you might not achieve your goal weight overnight without exercise and calorie control. It’s still easy to eat junk food as a vegan, especially come Veganuary. If you eat nothing but chips, and Oreos, you’re unlikely to lose weight.

By combining a healthy, plant-based diet with exercise you’ll likely lose weight and feel healthier on the inside, even if you don’t have the perfect body. Remember, it’s how you feel on the inside that matters.

What’s the difference between vegan and plant-based?

You’ll often hear us use the terms vegan, plant-based or whole foods in our articles and recipes. As many people are now choosing to eliminate or reduce animal-derived products from their lifestyle, some people choose to label themselves as “plant-based,” while others prefer the term “vegan.” But what’s the difference?

According to Forks Over Knives:

“a plant-based diet predominantly consists of plants; most people use the term to refer to a 100% plant diet, but some people include small amounts of animal products. A vegan diet totally eliminates all animal products.”

Basically, a plant-based diet can include the use of some animal food or non-food-related products. The main distinction to note is that a plant-based diet should consist of only (or mainly) plant-based foods, such as fruits, vegetables, whole grains, beans, and legumes, limiting processed food as much as possible. Don’t be fooled into thinking these foods are bland, all you need is a little seasoning, some spices, and imagination to cook up amazing dishes.

So there you have it! I hope we’ve managed to answer any questions you have in a helpful, and unbiased way. Good luck on your vegan journey, if that’s the route you decide to take.

Now here’s a photo of a lovely cow… because why not?

(Visited 5 times, 1 visits today)
Beginner vegan Going vegan Help for vegans what do vegans eat what is a vegan